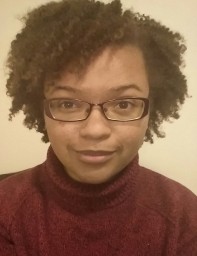 A few months ago, I was out Christmas shopping for last minute gifts. I’d gone to my local superstore – which rhymes with ‘Hall-Cart’ – to find something for cheap, when I found myself passing by their book section. I was planning on going to a bookstore later that day to buy a book for my dad, but I figured it wouldn’t hurt to give a look at the meager collection that they had on display. Maybe I would get lucky and find a hidden gem. After looking over their selection of teen romance and adventure books, lifestyle guides, and Christian literature, I went around the corner to find something more up to par with my father’s taste. That’s when I discovered the “African American” section. Should I be imp

ressed that there was a whole section dedicated specifically for black readers to find representation? Well, I might have been – if not that eighty percent of the books were the stereotypical gangster crime and romance books, adorned with glossy images of black woman in lingerie, and men with gold chains, teeth, and guns. In my overall disappointment, I found myself mildly amused by the seasonal addition of a novel titled “The Magic of Mistletoe,” with a man lounging in the snow like a GQ model, with a branch of mistletoe place ever-so tactfully over his crotch.

It’s fair enough to say I shouldn’t have expected much in the first place from a department store. I would have found a sizable collection of African American literature in the nearest Barnes & Noble – which I did later that day – but even then, the shelves were stocked with historically recognized black novels, or, the hypersexual choices I found at ‘Hall-Cart.’ And it raised this question: where is all the positive, modern, diverse literature?

It’s an issue that has been talked to death at this point: we need more diverse representation for women, racial and ethnic groups, the LGBTQ community, non-traditional body standards, the physically disabled, and the mentally ill. Not only do we need more books like these, we need stories that don’t feed directly into the stereotypes of that group, but are allowed to create their own voices separate from their societal identities. Gay people’s lives are not only about coming out, the mentally ill are not only the struggles of their illness, and fat girls aren’t all having life altering epiphanies about loving the skin they’re in. There is so much more going on in the lives and minds of these people, and writers (and publishers) owe it to all book lovers to do them justice.

In an effort to expand my horizons, I’ve hunted down some books that strive to do just that. If you find yourself interested in finding more diverse literature, I suggest these great book blogs that post frequently on newly released diverse books by diverse authors:

This blog is a great because it draws on a variety of different identities including race, sexuality, gender, and differently abled people. Not only do they recommend diverse books as they’re newly released, they create book lists based on genre, and do interviews and guest posts with diverse authors on their books.

Rich in Color focuses on promoting and reviewing books focusing on POC protagonists and books written by POC. Their goal is to ensure that young adults have access to literature that represents their voice.

Gay YA is a blog dedicated to everything LGBTQIA+. Their efforts are to endorse more LGBTQIA+ YA that promotes positivity representations of the community, and put those novels into the hands of teens and young adults who need them the most.

The Brown Bookshelf raises awareness of the many African American authors writing for African American youth. They cover everything from children’s literature – illustrated by African American illustrators – to Young Adult novels. During February, they hold their 28 Days Later initiative, which showcases new books and books that have flown under the radar.
Diverse literature may not be getting the promotion it needs, but with blogs like this, and the people who run them, we’re getting closer to ensuring that everyone finds a book with a familiar voice.

One thought on “The Diversity Crisis in Modern Literature”