When we think of poets, most of us imagine scholars – people old enough to be our grandparents – sitting on a beach as the waves roll in with a notebook in tow. Spoiler: this is unrealistic. The reality is that poets are all around us: in fourth grade classrooms, tapping their feet at the Secretary of State, and pushing their grandchildren on swing sets all over the world. Every human has experienced poetic moments in their lives, but it takes lots of practice to be able to relay these moments to others. For those of you (like me!) who want to write poetry but don’t care to learn how from Robert Frost, there’s hope for us too, because we can find traces of poetry just by taking a closer look at the things we love. This became clear to me the first time I ever listened to rap.

When I admit my love for rap to my peers, a lot of them don’t get it. They think of it as fluff: loud, offensive, and pointless. But the truth is that rappers craft their verses with the same techniques as the most renowned poets, and sometimes there’s as much to be learned from them as from Shakespeare himself. In fact, when you open your mind to the genre and the words that make it, you will find that nobody flips words upside down and back around quite as effectively as rappers. Although the best examples of their craft are, admittedly, too vulgar to post here, I found a few verses that get this point across:

One of the most basic and entertaining poetic devices, rhyme is one of the best ways a poet can make a poem flow better. We’re all familiar with the snappy rhymes of Dr. Seuss, but have you seen – really seen – the rhymes rappers come up with? They’re far from being simple:

“Tryna do the remix with Pitbull
Tell the pilot land at Schiphol
Play the violin with dimples
Life’s ironic and it’s simple.”
– “Terry”, Action Bronson

“Well, to be truthful the blueprint’s
Simply rage and youthful exuberance
Everybody loves to root for a nuisance.”
– “Rap God”, Eminem

Consider the effects of the words these men chose as opposed to all the others they could’ve used. These verses showcase not only their grip of the English language but also how connected they are with pop culture: how often do people mention Pitbull and the Schiphol in the same breath? I revisit these verses whenever I need a reminder of how any word can be used in a fun way.

Another popular poetic device is allusion, which is an indirect reference to something that is widely recognizable. Allusion is used often across all sorts of mediums, especially in relation to the bible. A good example of this can be seen in Richard III when Shakespeare writes, “The sons of Edward sleep in Abraham’s bosom.” (Richard III, 4.3.45) Although he didn’t explicitly address that this image was pulled from the gospel of Luke, this is a reference that the majority of his audience would have understood. This concept is ever-practical, and can be applied to anything culturally relevant:

“I control my own life, Charles was never in charge
No sitcom could teach Scott about the dram.”
– “Soundtrack to My Life”, Kid Cudi

“20 plus years of selling Johnson & Johnson
I started out as a baby face monster
No wonder there’s diaper rash on my conscience
My teething ring was numbed by the nonsense.”
– “Nosetalgia”, Pusha T

In these verses, each of these men references something specific without explaining away every connection listeners are supposed to make. Kid Cudi references a 90’s sitcom, Charles in Charge for two reasons: 1) because his first name is Scott, just like Scott Baio who played Charles in the sitcom, and 2) because, similar to the character of Charles in the show, Cudi’s persona is controlled by Scott (Mescudi, not Baio 🙂 ), and not the other way around. In Pusha T’s case, he makes reference to Johnson & Johnson baby powder in order to juxtapose innocence with corruption: baby powder vs. cocaine. This metaphor is further supported by the images of a rash on his conscience and a teething ring – another symbol of innocence – numbing him to the nonsense of his surroundings. This verse includes many other poetic elements including our final example, imagery.

As far as poetic elements are concerned, imagery is meant solely to awe readers. It’s supposed to elicit a strong reaction through visual cues and often adds depth to a piece. This can be seen in the following verses:

“Passing through the hood with memories of the block
Left hand holding the wheel; our fingers are interlocked
Tinted windows but the rocks still glistenin’ on the watch.”
– “Dangerous”, Kevin Gates

“Young king bury me inside a glass casket
Windex wipe me down for the life after”
– “Hold On”, Pusha T. ft. Rick Ross 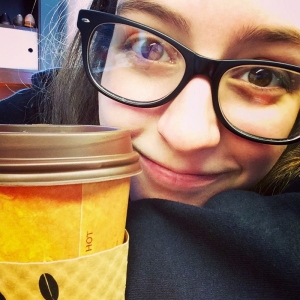 Although the image Rick Ross presents is arguably a bit stronger than Kevin Gates’, both men really tap into their descriptive language skills in these verses. Gates’ image is used to reinforce his wealth through the idea that the diamonds on his watch are so big they catch the sun even through tinted windows, and Ross’ image is meant to reiterate his fame: people love him so much that they’ll want to see him even after he’s dead in his casket.

And, just for fun, a little WORD PLAY for you on the way out:

“…they’ll never ketchup to all this energy that I’ve mustard.”
– “You’re Never Over”, Eminem

So I encourage you, if you haven’t already, to let yourselves get carried away by the beat and digest the words of rap. Just like poets, rappers pick words apart by their bones: sounds, syllables, and definitions, and mesh them in the most unexpected and exciting ways. Whether you come out of it with all sorts of new ideas or simply a catchy hook stuck in your head, you’ll be better off because of it. 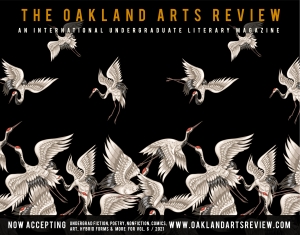