Superman. Batman. Wonder Woman. These are more than the names of the three flagship heroes—the Trinity—of DC Comics. These are three of the most widely-recognized superheroes in the world, each leading a legacy of 75 years or more. These are characters who have inspired me to do better, to do good, since childhood. More recently, they have come to serve as a creative inspiration for my own writing. I hope to one day write characters such as these myself; to tell new stories with these modern-day icons and legends. Given their overwhelming presence in media over the last several decades, these characters have ingrained themselves into the public consciousness. Ask anyone on the street and they’re likely to be able to tell you at least basic information on any of the Trinity. They have taken on an almost mythic status in today’s culture.

This mythic quality is part of what makes superhero comics so unique. In a way, they have become the mythology of our times; an evolution of the classic myths of Greece, Rome, and elsewhere in antiquity. These are characters who are symbols, representing ideas about human nature and our place in the world, just as the ancient heroes and gods of myth did.

In this blog post, the first in a series of three, I will be examining the link between the myths of antiquity and the superhero comics of today. To begin, I will detail in brief some of the direct parallels between comics and myth, focusing on members of DC’s Trinity and the Justice League, the world’s finest heroes.

In 2011, DC comics rebooted their stories with the New 52, providing many characters with new origins and beginning new storylines to bring in new readers with a convenient jumping-on point. Released in the same year, the animated film Justice League: War is an adaptation of the New 52’s first story arc featuring the Justice League. Both film and comic show the New 52’s updated origin for the League, detailing how the disjointed heroes come together to stop an alien invasion of Earth. As the League are being honored by the President of the United States at the end of the film, Wonder Woman comments on how “it was good to walk among a pantheon again.” Wonder Woman, an Amazon warrior from the island of Themyscira, sculpted from clay and given life by Zeus, is intimately familiar with the Greek pantheon. She then names several of its gods as the camera pans across the assembled members of the Justice League, highlighting the connection between the two. Batman is Hades, the dark and brooding lord of the underworld. The Green Lantern is Apollo, radiant as the sun. The Flash is Hermes, able to travel at incredible speeds. Cyborg is Hephaestus, the “crippled” smith. And Shazam (or Captain Marvel as he was previously known) is Zeus, able to call down lightning from the heavens. Wonder Woman herself, as mentioned above, is descended straight from Greek myth. But what of Superman? The princess of Themyscira is forced to admit she’s never known anyone like him before.

Perhaps the reason for this is that Superman’s roots are derived from a different source. Like many of the early superheroes, Superman was conceived by two Jewish men: writer Jerry Siegel and artist Joe Schuster. The first superhero has perhaps the best-known origin: as an infant, the alien Kal-El was placed into a rocket by his parents so that he could survive the destruction of their home world, Krypton. The rocket travelled to Earth, where it was discovered by the Kents, farmers from Kansas who raised Kal-El as their own, naming him Clark. Earth’s yellow sun, which gave more radiation than the dying red sun which consumed Krypton, gave him tremendous power. And so Clark Kent became Superman, champion of the oppressed. The basics of this story were laid out in Action Comics #1, debuting in June of 1938, the iconic first appearance of Superman. But some of these elements go even further back. A child, sent away by doomed parents and raised under a new identity by those who found him adrift; who would grow to become a leader of the people, a voice for the voiceless. This is, of course, the story of Moses, who led the Jewish people from Egypt and into the Promised Land. In trying to create a new kind of hero, one to inspire and endure for generations, it is no surprise that Sigel and Schuster looked back into their own cultural heritage and modeled him on a hero from their own legend. Many modern writers tend to portray Superman as more of a Christ figure, a savior of divine power with the weight of the world on his shoulders. But his Jewish origins and identity can still be felt today, an integral part of the cultural icon. 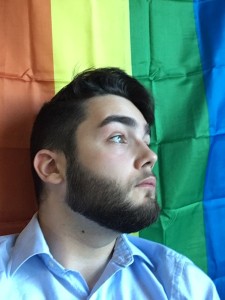 Much more recently, writer Scott Snyder has brought elements of Greek myth into his run on the New 52’s Batman with the “Zero Year” story arc. “Zero Year” serves as an updated origin of Batman, retaining the key elements while adding new ones to keep the story fresh. Some of these new elements are borrowed from the Oedipus myth, particularly his encounter with the sphynx. In the myth, the sphynx has taken over the city of Thebes. She keeps the people in fear, though promises to set them free if anyone can solve her riddle. When Oedipus arrives, he solves the riddle, defeating the sphynx and releasing the people of Thebes from her reign of terror. In the comic, the Riddler takes over the city of Gotham, promising to relinquish it if anyone can ask him a riddle which he can’t solve. Despite several defeats and setbacks, Batman eventually challenges the Riddler and defeats him, releasing the people of Gotham. During their encounters, Batman and the Riddler discuss various mythic concepts, ideas, and figures, including a conversation which takes place in front of an Egyptian sphynx. These parallels are more than a coincidence; they are a deliberate attempt by Snyder to add another mythic layer to the already mythic origins of Batman, to be discussed more in the next post.

2 thoughts on “The Mythology of Comics – Part One”