If you’re a writer, there might be times when you are looking to try something new. Something non-traditional; but then you think that it’s wrong to go off-script and write something that doesn’t fit what you consider “normal writing.” I’m here to tell you to delve into the unfamiliar without hesitation. Here is my journey as a growing experimental writer, as well as some tips on how to get yourself into it. Don’t be afraid—just write.

If you’re like me, you like to read things that are different. They confuse you, maybe make you feel a little uncomfortable, and are just straight up weird; but you still love it. For some reason something about that weirdness draws you in and keeps you engaged in what you’re reading. Now, if you’re like me, you’re also a writer, and maybe you want to write a short story or novel or whatever, and add some of your own weird into that story. There’s just one problem: you don’t know how. Or, even worse: you’re afraid to experiment with your writing.

When I say experimental, I’m talking about with literary fiction or even non-fiction—basically anything that isn’t genre fiction. Being experimental with a fantasy novel or sci-fi story is slightly easier, because weirdness is forgiven by the world the narrative is set in. It’s not as easy to effectively add strange elements in a story that doesn’t rely on genre themes or clichés. Instead you’re using language, voice, and style to make the story drastically different, yet still enjoyable.

I’ve been trying to delve into this writing style recently. To be honest, I’m still learning. Am I any good at it? I don’t know. But one of the things I’ve learned about writing is to trust your instincts when it comes to “what to write.” I WANT to write this way, and that means that I have to work at it.

What started me on this path were my creative writing classes in college. There is a story called “I Have a Stapler” by Dom Leone that I’ve been given to read in three different classes. In a nutshell the story is about the protagonist obtaining a stapler, and then having an existential crisis because he has more things to staple than he does staples.

And that’s the story. Some people might read that and hate it because it’s short, makes no sense, and is barely even a story. Others might read it and love it—maybe because it’s just weird enough to be lovable. Maybe they read it and connect with it on a level only they understand. Personally, I think it’s a great piece of flash fiction. There’s just something about it that is charming. It feels good to read it. There’s a tangible strangeness to the story that is needless to say, hard to articulate. Reading that was the first step that lead me towards trying to write “weird” stories.

Step two was reading more. The more stories I read that weren’t like what I’ve read before, the more I wanted to write like that. I was introduced to Booth, a literary journal, last year. It publishes works that are straight up weird—but awesome. In the tenth edition, there is a story about how an entire town is obsessed with this one boy because he smells like nostalgia. Doesn’t that make you just go “what?” And yet the author fashions a great story out of that idea. Booth also publishes comics, creative non-fiction, and poems that all push the boundaries of literature.

In general, if you want to write a certain way, you should read works that are written in that style. There are a lot of literary magazines that publish experimental writing, with some that are dedicated to publishing what wouldn’t be seen elsewhere. Mad Hatter Review, Fiction Magazine, and Word Riot Press are just a few sources to turn to. Taking time to read through the kind of stuff you want to write will do nothing but help you. And if you say you don’t want to do that because you’re worried about taking someone’s ideas, ignore yourself. It’s not so much about the content as it’s about how it’s being presented. Besides, you can never have too much inspiration. The more you read, the better you’ll write. The best part is, once you think you have it down, you’ll know where to go to submit your new work.

When it comes to actually sitting down to write, there are unlimited routes you can take. You can try stream of consciousness. You can have a character act in ways that seem odd to us but are completely normal in the context of the story world. You can add something really bizarre, like a super power or magical element that would normally be seen in genre fiction. This falls under what is called “Magical Realism.” Magical Realism expresses a primarily realistic view of the real world while also adding in or bringing forth magical elements. Yes it’s technically still a genre of narrative fiction, but it’s much closer to literary fiction than, say, fantasy. I’m trying to write more pieces that fit under that umbrella. I like the idea of something like telekinesis or talking plants or a man being followed by a swarm of bees like they’re his ducklings just being a part of the normal story world (all random examples, just to be clear).

George Saunders’s story “Sea Oak,” published in 2000, is a good example of this. The protagonist is a male stripper. He lives with his sister and cousin, his nephews, and his Aunt Bernie. During the story his aunt dies, but then reappears to her relatives (looking like she’d been buried in a graveyard). She tells them how to make money and get out of their neighborhood—specifically telling her nephew to show his junk to customers to make extra cash.

Needless to say it’s not the classiest story in the world—but the oddities are there. The aunt comes back to life just to berate her “children” about how they’re living their lives and what they can do better. Her body parts start falling off of her until she’s nothing but a talking head, only concerned about not looking presentable. Then she dies. Again. The magical elements frame a story about a poor family trying their hardest to survive in a harsh environment. I loved reading this story. It started slow, gave some background on what was going on—then kicked into gear with the “what is going on moments.” It just made me think more of how I want to write like that. I want my reader to say, “Why am I reading this?” but still keep on reading.

And this brings me to my final section called the pep-talky section: don’t be afraid to try something new! Step out of your comfort zone when you write. Even if it’s the worst thing ever written (not saying it will be), it’s a step in the right direction. It doesn’t have to be a good idea, or even good writing at first. It’s just practice. You won’t get worse at writing if you write constantly. Some pieces every now and then might not be the best. That’s just the reality of writing. But you can always make it better.

I want to write fiction that people hate to love. It’s probably a by-product of my personality—being a sarcastic troublemaker who still wants to be there for people. Writing this kind of stuff for me is like a gift to readers that like what I like but don’t get enough of it, if that makes sense. I’m providing sustenance for the reader who looks for messages in strange places. Right now I’m trying to write a story about a character who is given advice from random sources—including a dog. I’m hoping to make it a story about the dangers of relying on more than yourself for guidance—and this is how I think I can get that point across. Whatever you’re reason is for wanting to experiment with writing, it’s not a stupid one. Venture into the unknown. Find something new. And then bring it back to share with the world. 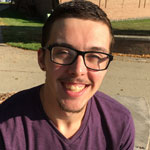 One thought on “The Path of the Experimental Writer”