Okay, so I wasn’t actually comparing the Lana Del Rey to Margo Roth Spiegelman from John Green’s young adult novel Paper Towns. But it was pretty close. In one of my English classes we were each assigned to lead a discussion on a section of Paper Towns. Since I was going last, after we had finished the novel, my assignment was to find an external source to compare to the overall themes and/or characters in the novel. For my external source I chose the monologue from Lana Del Rey’s music video for her song “Ride,” because I felt that it applied to Margo’s character perfectly. I’d post the entire monologue here, but it’s kind of lengthy so I’ll give you the gist of it. It’s basically about a girl who feels she doesn’t fit in anywhere and spends her life on the road looking for a place she can call home and for people that understand her. If you haven’t read Paper Towns, Margo is pretty much the same way. She leaves her hometown in search of something “real” and a place she can call home.

Something else about Margo. She’s kind of, for lack of a better term, a bitch. Or at least that was the general consensus of everyone in my class who read the book. She comes off as a little heartless because she plays with Quentin (the narrator) who’s pretty much in love with her with little regard to how her actions would affect him and the only person she seems to really care about other than herself is her younger sister. I’m sure there were other reasons that made her character not very likable, but to be honest it’s been a little bit since I read the book and I can’t remember specifics. Overall, my classmates pretty much despised her character. With that in mind, the results of my discussion were pretty surprising. I had everyone in my group read the monologue and jot down any similarities in regards to theme or character that they saw between it and the novel. Even though I knew I wanted to talk about how Margo’s character related to the monologue specifically, I was supposed to let my classmates get there on their own. It didn’t take long. Within the first couple hands up they had made the connection. Success!

We ended up having a really good discussion about the similarities between the monologue’s speaker and Margo’s character, but something happened that I did not expect at all. My classmates — who may I remind you, despised Margo going into the discussion — said that looking at her through the lens of the monologue gave them new insight into her character and even made them appreciate her a little more. I think one of them even said that the monologue made them like Margo. Considering how much they had loathed Margo before, these little epiphanies came as a pleasant surprise and were something that I definitely didn’t plan for. Not gonna lie, I was pretty proud of myself for changing my classmates’ minds. Maybe “change” is too strong a word for some of them, but I at least opened their eyes a little bit to the depth of Margo’s character, which they hadn’t considered before.

My point in saying all of this is that this assignment made me realize the importance of considering characters and other aspects of novels in different contexts. It was easy for my classmates to despise Margo based on her actions alone, but once they had the ability to “see” into her mind a little bit more with the monologue it made them look at her in a new light. After this experience I especially like looking at novels in the context of songs. Whether the song reminds me of a character or a theme or a relationship, etc. from a novel, it gives the novel a new dimension and makes me consider things about it that I wouldn’t have before. It can be a pretty enlightening experience, and if you’re like me and you’re a big music person as well as an avid reader, I think you’d find value from this too. 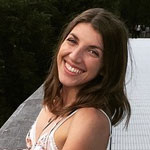 So, if you’re really into the next novel you read and want to get more from it than just reading it, I highly recommend you look at it in the context of something outside the novel itself. Like I said, it’s a pretty cool experience.